History of olive oil: all about its origin 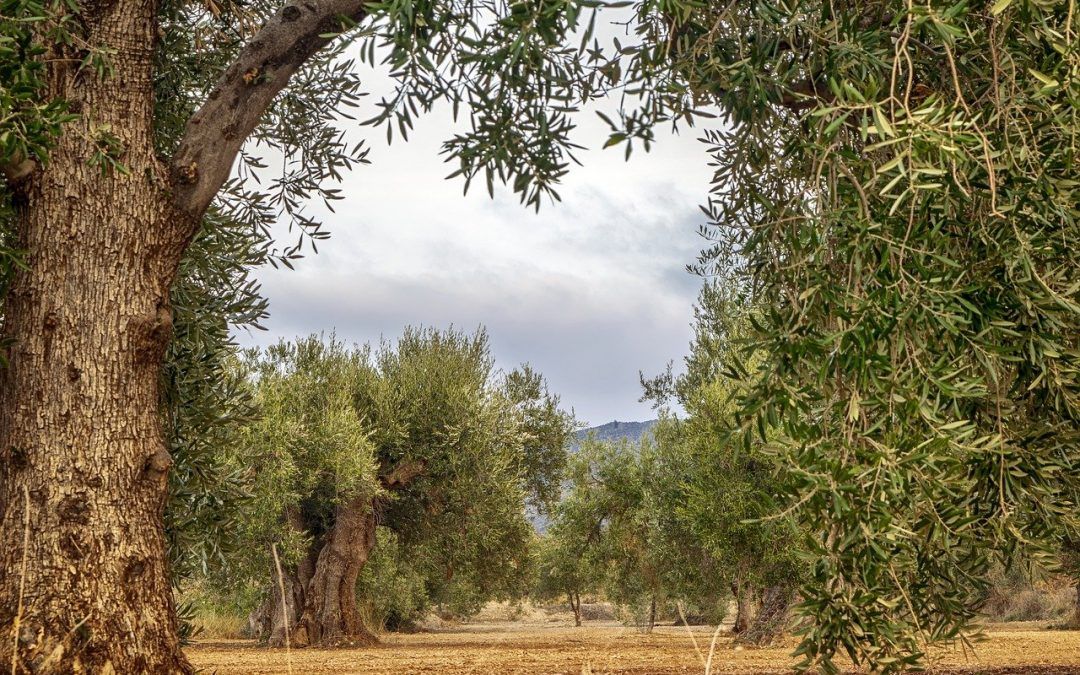 The use of olive oil has accompanied mankind for thousands of years. Both its gastronomic use and its use as fuel in the illumination of religious temples and even in cosmetics. In fact, there is evidence of the use of the olive tree in the Upper Palaeolithic. Today it has become a star product in gastronomy thanks to its flavour and numerous properties.

We all know its quality, but few know the origin of this liquid gold, present since time immemorial. Discover the history of olive oil and its importance over the years.

Where do the words "olive oil" come from?

If you have wondered where the words "olive oil" come from, you should know that they have a curious etymology, as they come from a different origin.

The word "olive" comes from Classical Greek "ελαια" which was later derived into Latin with the term "oleum". The latter word was later used in the Romance languages, with the derivation into "oliwhich was the origin of the English term "oil".

Etymological origin of the word "oil" and "olive".

On the other hand, these words are very peculiar and curious. The reason is that, unlike many others, they have a different etymological origin. The word derives from the Arabic "az-zait which refers to the juice of the olive.

This means that the origin and history of olive oil is strongly linked to the mediterranean regionsIt is a key element in the popular Mediterranean diet, considered one of the most balanced diets in the world.

Olive oil is also known as "liquid gold", an expression that has been used for years to refer to its differential quality.

The first written evidence of this term was in one of the poems of the popular Homerknown from the famous Greek poems of the Iliad and the Odyssey, with great historical significance.

In fact, the Odyssey contains a large number of references to olive oil. A reference to prove the importance that the Greeks attributed to this liquid. Some episodes in the poem show how many participants in the Olympics at the time used it to protect their bodies from heat or falls.

Ancient Egypt is where the first archaeological and documentary references on the use of olive oil. It was so important to the Egyptians that it was the goddess Iris herself who taught men how to cultivate olive groves.

The variety of olive groves in the area and the climate did not allow a good yield in production, which was scarce, and was used for cosmetics and pharmacological products.

Olive oil was of great importance in Greek society. Olive oil production was abundant, so much so that it is even possible to find decorations of the fruit and the olive tree on ceramics and jewellery.

It was used in cooking only by the higher classes of society, and even a sprig of olive was awarded to the champions of the Olympic games. This represents the high value that this product had for them.

In addition, the olive tree is closely linked to the goddess Athena. According to legend, King Cecrops decided to name the territory after the deity who would bring the most benefits to the city. Poseidon made a salty spring gush forth, while the goddess of justice and wisdom made the "first olive tree" blossom next to Poseidon's spring.

Athena explained the numerous properties of the olive tree and all its possible uses, being chosen by the king as the best gift for the city, which was baptised with the name of Athens.

The great expansion of olive oil in the Roman Empire

The Romans acquired the customs and knowledge of the ancient Greeks, therefore, this also happened with olive oil and its production, and they even improved them as explained in their book on agriculture with various techniques of pruning, care and cultivation of the olive grove.

This product became a fundamental element of the economyThey became the largest exporters in the Mediterranean. Military and territorial advances during the 2nd and 3rd centuries BC contributed to the spread of olive cultivation in many areas.

It was in Roman times that the olive grove obtained a boom in SpainIn fact, the oil produced on the peninsula was one of the most highly valued during those years.

After Roman times, oil production declined during the Middle Ages due to the economic crisis, but with the influence of the technological revolutions of the 19th century it boomed again.

In Aceites Moral we want to continue collaborating in the expansion of olive oil consumption throughout history, taking care of its production and with a rigorous control in the treatment of this liquid gold.

So much so that we take care of having a perfect balance between tradition and modernity, adapting to new technologies to help the possibility of buy olive oil online with a differential quality.